How Can Social Media Affect Your Divorce Case?

You update your status: “Can’t wait to get him out of my life for good.”
He Instagrams a photo of his new Mercedes.
You add a photo of your night out with the girls to your Snapchat story.
He changes his relationship status to “It’s complicated.”
Is this simple one-upsmanship, or the nail in the coffin to losing your spousal support?

A survey by the American Academy of Matrimonial Lawyers reported that 80 percent of divorce lawyers have seen an increase in social media evidence in the court rooms. How can you and your divorce lawyer in Columbus, Ohio, prevent your online activity from being used against you?

Tips for using social media during your divorce

Remember the cardinal rule: anything you post online should be considered public and permanent. Even if you delete a post, someone could have taken a screenshot of it while it was still up. Worse, the court might issue an order allowing your ex to retrieve your cache from the social media site and use it against you. Even Snapchat, which made a name for itself with shareable images that “disappear” after less than 10 seconds, can be nabbed with a quick screengrab.

A good rule of thumb is if you wouldn’t say it to your judge, don’t post it. But if you must post:

Some litigants have even gone so far as to take down their social accounts altogether, opening them again once the divorce is finalized. With the proliferation of such sites, however, that kind of “social media nuclear option” is becoming more and more difficult.

If you do choose to stay social, keep these thoughts in mind: 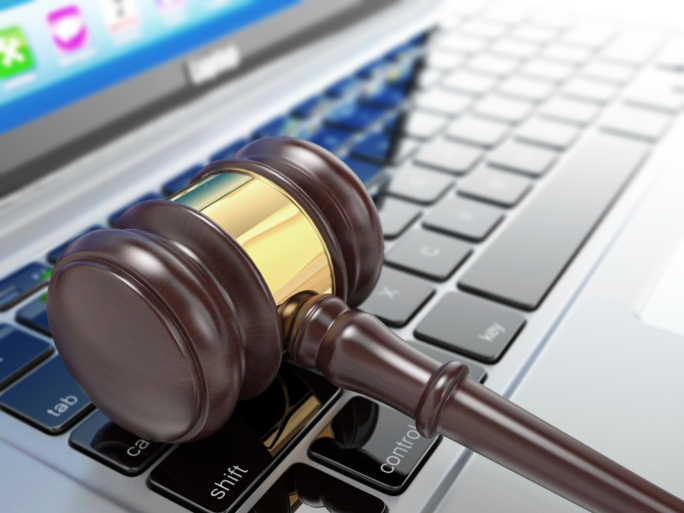 The best offense is a good defense

Update your privacy settings so only those who need to see your posts can. Facebook even has a “close friends” privacy settings, as well as a function that allows you to approve all posts that you’re tagged in.

When you’re out, ask your friends not to tag any photos of you at social functions. Even the most benign posts can be used against you. Do you want photos of you with a beer in your hand made public when you’re trying to win custody of your children?

Disable your location settings on all social media. For example, Facebook can pinpoint your location while you’re using its messenger, and Twitter can include your whereabouts in a tweet via Foursquare. Updating this function both prevents your ex’s lawyers from making a case against you based on where you have been and when, and protects your safety during a potentially violent divorce.

If you use an app on your phone, chances are that it has some sort of privacy settings. Spend some time investigating them so you know what you’re looking for.

Use your connections to your advantage

While you’re keeping your cool online and staying mum about your divorce, it’s possible that your ex isn’t being quite so coy. Or maybe it’s his buddies that are getting him into hot water.

Even if you and your ex are no longer Facebook friends or following each other on other social media, odds are you still have plenty of mutual connections. Maybe a friend Instagrammed a #WhatHappensInVegas photo, a LinkedIn connection spotted that big promotion, or your husband’s new girlfriend tweeted a photo of the Prada bag he gave her—all while he’s claiming to be too broke to pay spousal support. Doing your homework could help make your case that your spouse is hiding assets.

Another online space you might not think to check? Dating sites. Forbes contributor Jeff Landers writes, “Don’t assume he’s been smart enough to keep a low profile. His ego might overcome his better judgment.” If he’s telling the court he can’t afford spousal support payments, while also boasting about his recent trip to the Bahamas on Tinder, it probably won’t work in his favor.

Email and text messages can be used against you

Because texting and email are second nature, we can forget that everything put into writing is there to stay. Nothing is private. That’s why you should never text or email information that could be contradictory to what you’ve said in court.

“In the context of a divorce, if either party has shared information digitally that is at odds with what they’ve conveyed in person, or in legal documents, it can create serious problems,” writes Landers. And it’s not just the negative content that can hurt – your “happy” Facebook posts might be used to undercut claims of depression or emotional hurt.

Social media, email and text messages can give your ex’s divorce lawyers plenty of ammo against you that can be tough to defend. Messages sent in the heat of anger have a way of finding their way back into court. Before you fire off an invective-filled retort to your spouse’s inflammatory email or text message, take a minute to compose yourself and consider what you want to say. Chances are you’ll find a way to say it that won’t make you regret your choice later.

Connect with a divorce lawyer in Columbus, Ohio

If you’re facing a divorce, you need the experts by your side not only developing your case, but also helping guide you through the muddy waters of social media. Contact the experienced, professional Columbus divorce attorneys at Babbitt & Dahlberg today and schedule a consultation.

Posted May 13, 2015 by DeAnna Duvall in Ohio divorce, Women and Divorce