Legal separation vs. divorce: Which is right for you?

But first, what is legal separation?

When you’re separating from a spouse, but not quite to the point where divorce is an option, you’ll most likely have one of two questions: Can I date? And what happens to debt during the separation?

The answer to both will largely depend on what type of separation you pursue. That’s where experienced Ohio divorce attorneys Babbitt & Dahlberg come in. Let’s walk you through the different types of separations in Ohio so you can better answer that first question: Separation vs. Divorce: Which is right for you?

The first kind of separation, said Divorce Attorney Jay Babbitt, is when a husband and wife aren’t living together but haven’t filed for divorce or signed anything (more on that soon).

“They’re just living apart,” Jay said. “That’s a legal separation in the sense that it’s not illegal. There’s nothing written in Ohio (law) about separations.”

At this stage, the couple is still free to file taxes separately or jointly, and any asset one acquires or debt one incurs is considered a marital asset or debt, meaning both parties are responsible for the asset or debt.

This tends to be the most common type of separation in Ohio.

The second kind of separation in Ohio occurs when both parties sign a separation agreement, which is a contact that requires certain things to be valid.

“They have to live separately, for one,” Jay said. “And generally any assets acquired or debts incurred are considered separate assets or debts and will not be divided when parties later divorce.”

The couple is still technically married, and such an agreement could even stipulate that one spouse has to pay spousal support to the other. Also, the agreement doesn’t have to be filed with any court of public agency, Jay said. 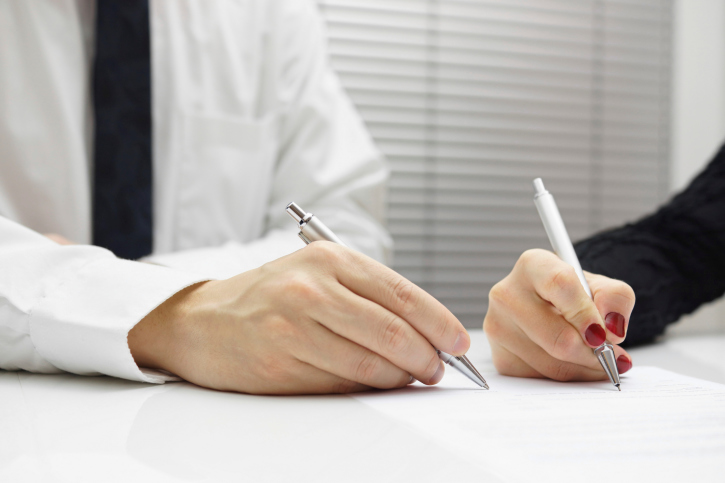 “It’s a private contract,” Jay said. “It’s the only contract a husband and wife can enter into that’s enforceable.”

If a couple wants to enforce it, because there’s an agreement like spousal support not being met, then one party has to file for divorce and then have the spousal agreement adopted in the final division of assets.

“Until they get to the point of needing to enforce, it doesn’t have to be filed with any agency,” Jay said.

This level of separation in Ohio is statutory, Jay said.

“It’s initiated by one of the parties and he or she has to list grounds for legal separation, and that’s the same as for divorce,” Jay said.

That list includes things like adultery, extreme cruelty, gross neglect of duty or living apart for more than a year.

“The court will do exactly what they’d do in a complaint for divorce with one difference being at the end of the day, the parties still remain married and the court hasn’t terminated the marriage,” Jay said.

Neither couple can get remarried, but they can do joint tax returns.

This type of separation usually occurs for religious reasons (“They know they’re not going to remarry”), or for health insurance reasons (“though that’s becoming less and less relevant as insurance companies are defining divorce for purposes of family coverage as including a legal separation”).

In need of help from an Ohio family law attorney?

Hiring an experienced family law attorney is one of the best ways to make sure your bases are covered and that your rights are protected in a divorce or custody fight. Get in touch with Babbitt & Dahlberg today.