Should an Ohio Man be Forbidden to Have More Children?

Where do our basic human rights begin and end?

This question is revisited time and again in courtrooms across the country, and now, a recent Ohio Supreme Court ruling has left Ohio family law attorneys scratching their heads.

Nothing out of the ordinary.

What’s surprising, however, is that as a further condition of probation, the man was prohibited from fathering any more children until his debt was paid in full.

“I put this condition on for one reason and one reason alone,” Walther told Asim Taylor during the sentencing hearing. “It’s your personal responsibility to pay for these kids.”

Taking a look back at family law

Years ago, in the landmark case of Skinner v. Oklahoma, the United States Supreme Court ruled that the state of Oklahoma could not force a habitual criminal to undergo a sterilization procedure as part of his punishment. The U.S. Supreme Court reasoned that the right to procreate was an essential liberty and that such a liberty could not be deprived for anything less than a compelling state interest.

In a similar 2004 Ohio family law case, the Ohio Supreme Court struck down an order from Medina County Common Pleas Judge James Kimbler barring a defendant in a criminal nonsupport case from having any more children. Ohio’s highest court ruled that Kimbler’s order that Sean Talty couldn’t have any more children was out of line, as it didn’t include a manner in which the ban on procreation could be lifted—even if Talty came through on his obligations.

Is the Court’s ruling constitutional?

What separates Walther’s decision from Kimbler’s in 2004? Similar to a 1999 Wisconsin case, Walther’s order states that if Taylor “can prove to the Court that he is able to provide support for his children he already has and is in fact supporting the children or until a change in conditions warrant,” he would lift the ban on Taylor having more kids.

The Chronicle-Telegram writes that Taylor’s attorney, Doug Merrill, said that the Ohio Supreme Court’s decision not to hold a full review of his client’s case or to provide an explanation for why it wouldn’t examine the issues shows that “they’re pretty much saying, ‘We don’t want to touch it,’” he said.

Merrill and others argue that the case against Taylor goes much deeper than simple child support payments, saying that the ruling could be applied to other procreation bans.

For instance, Merrill suggested that a judge could impose a similar order on a mother caught shoplifting food to feed her children, under the theory that if she can’t afford to feed the children she already has, she shouldn’t have any more.

Whether other courts in Ohio will follow the 9th District’s rationale remains to be seen. It will also be interesting to see how far this rationale will be pushed when the state seeks to discourage people from procreating.

When it comes to calculating child support in Ohio, the court uses specific worksheets including factors such as each parent’s pre-tax income and the percentage each spouse contributes to the household’s total income. As you might expect, the number of children being supported is also considered in the final figure.

Once a dollar amount is determined, the judge has three different methods available to collect child support. Most commonly, he or she will issue an order requiring the paying parent’s employer to withhold the amount of child support from that parent’s paycheck and to pay that amount directly to Ohio Child Support Payment Central. Or, if the parent is self-employed, the judge can require the paying parent to set up an automatic withdrawal from a bank account.

If unemployed, the paying parent must report regularly to explain what he or she is doing to find work, and to detail any income received or job obtained.

The Ohio State Bar Association explains that there are “teeth” in the law that prohibit renewal of certain licenses for those considered delinquent in paying their child support obligations. For instance, recreational, professional and drivers’ licenses may not be renewed if a license-holder owes delinquent child support.

If you have questions about Ohio family law, your child support payments or support owed to you, contact the experienced Columbus, Ohio family law attorneys at Babbitt & Dahlberg today. 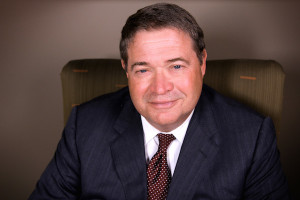 Learn more about G. Jay Babbitt’s 30+ years of experience and how he can help you navigate your divorce.