Should you spy on your spouse?

One of the most popular shows on Netflix is “Jessica Jones,” about a Marvel Comics superhero who by day is a private investigator charged by clients with finding evidence of extramarital affairs.

You might not have access to a super-strong PI, but is spying on your spouse a good idea in a divorce? As Columbus, Ohio divorce lawyers, our short answer is “no” — but, as with most things in family law, this isn’t a one-size-fits-all answer.

Let’s examine when it might or might not be appropriate to hire someone to spy on your spouse.

Why a private investigator is most likely not needed

In divorces cases these days, very rarely are investigators used. It’s not like the ’60s where every case had a PI.

Part of the reason for that is because Ohio is a no-fault state when it comes to grounds for divorce. An overwhelming majority of Ohio divorces are granted on no-fault grounds of incompatibility or where the parties have lived separately for more than a year. Though it’s common to see it raised in a complaint, these days, adultery is very rarely the final basis for an Ohio divorce.

So even if you suspect your spouse is cheating, it might not make much of a difference in the court’s eyes; that’s simply a symptom of a relationship gone awry. It’s a reason a couple might get a divorce, but the court won’t go out of its way to find fault with the cheating spouse.

In our experience, many people looking to hire a PI in a divorce case are doing so for their own personal emotional benefit, not due to the needs of the case. It’s an act of closure, in other words.

So when should you hire a private investigator?

When to hire a private investigator

We occasionally recommend hiring a PI if there’s a something specific we’re looking for. For example, many spousal support orders (alimony) may be terminable if the recipient is living with someone else. We refer to that as “cohabitation.” If it’s a question of whether or not the ex-spouse is living with someone new, we don’t want our clients to be driving and parking in front of their ex-spouse’s house. In those cases, we will recommend that they hire a PI to provide those services.

Of course, cohabitation means more than just living together or sharing a bedroom, so the evidence that a PI can collect about living situations may be only one piece of the puzzle. There are also investigators who may be able to hunt for missing assets or accounts that are unknown to our client. 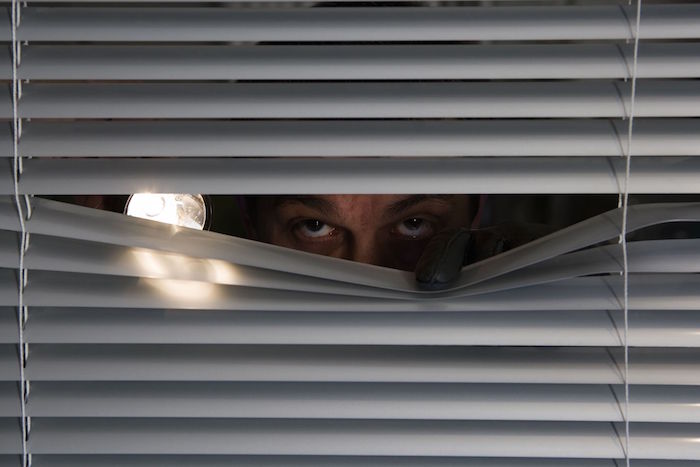 The repercussions of spying

Sometimes clients decide to take matters in your own hands, whether through GPS tracking, recording phone calls or email snooping. There can be some serious consequences as a result.

Some of these means of gathering information might fall under the category of wiretapping, a felony under both state and federal law. Because of the potential for criminal liability, we almost always recommend against such actions, unless we’ve satisfied ourselves that those actions do not constitute illegal wiretapping. But it’s such a grey area that in the vast majority of cases, it’s not worth the risk – and even if the information was collected, it likely wouldn’t be admissible in court in any event.

From a practical standpoint, even if the client hasn’t violated the law in collecting the information, the “evidence” that’s typically turned up isn’t particularly relevant to the case, and will require us to spend significant time sorting through a tremendous amount of irrelevant data: phone calls, text messages or whatever else was turned up. The cost for us to review and analyze that information can often be far greater than any benefit it might afford.

Spying on a spouse can also backfire on the innocent spouse from the court’s perspective.

We’ve seen instances where an injured spouse’s quest to dig up all of the dirt on the infidelity became far more time consuming and costly than the underlying divorce itself. It may seem unfair, but in general, the fact that a spouse had an affair isn’t going to isn’t going to translate into more or less money in property or support. The affair gives rise to the divorce, but it really doesn’t go much further than that.

The bottom line is to use common sense. If you would be ashamed to tell a judge exactly how you spied on your spouse, then it’s probably not a good idea.

If you’re facing a divorce, you need the experts by your side not only developing your case, but also helping guide you through the muddy, emotional waters. Contact the experienced, professional Columbus divorce attorneys at Babbitt & Dahlberg today and schedule a consultation.