The final G8 country to enact the Hague Convention

Long accused of being a “safe haven” for international child abductions, Japan is finally taking a stand. Up until this year, Japan was the only one of the Group of 8 countries not complying with the 1980 Hague Convention on the Civil Aspects of International Child Abduction. That ends this spring.  Japan will ratify the international treaty for settling cross-border child abduction and custody disputes on April 1, 2014.

The Hague convention spells out guidelines for cases in which children of separated couples are taken to the home country of one parent without the consent of the other parent.

In a nutshell, the treaty dictates that if an international marriage fails and the parents now live in separate countries, the allocation of parental rights regarding children under 16 should be made in the country where the family lived before the couple split.

Japan’s compliance with the treaty, according to Japan Daily Press, will begin on the first day of the third calendar month after the instrument of accession is deposited with the Dutch Foreign Ministry.

While the bill was passed in May 2013, the Japanese Parliament also authorized a law in June stipulating domestic implementation procedures for the Hague treaty.

“Under the legislation, a central authority will be set up in the Foreign Ministry to locate children who have been taken away and encourage the people involved to settle the dispute through consultations” the Japan Daily Press writes. “If the consultations fail, family courts in Tokyo and Osaka will decide on the child’s treatment… The central authority is set to be staffed with lawyers, experts on domestic violence and child psychology counselors. Judges in the family courts of Tokyo and Osaka have also been trained on the Hague convention.”

Unlike most first world countries, the Japanese court system does not recognize the idea of shared custody. This has resulted in many half-Japanese children being forced to live with their mothers and leaving many North American and European parents without custody or even contact with their children.

Opponents of the convention have argued that Japan has its own way of settling divorces and child custody, differing from those in the West. Others have raised concerns that children subject to the convention’s provisions could possibly be sent to live with abusive parents. However, the legislation does allow a parent to refuse to return a child if abuse or domestic violence is feared. 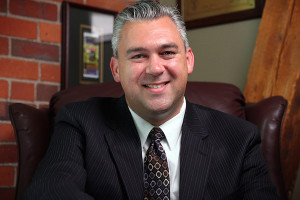 If you have questions about divorce and child custody, contact the experienced divorce lawyers at Babbitt and Dahlberg today.