Think you have a common law marriage in Ohio? Think again.

A reporter at a daily newspaper once received a call from a reader concerned his recent marriage would end up in the paper. The marriage announcement couldn’t run in the paper, you see, because his kids believed he and his wife had always been married.

In other words, the couple believed they were married through common law marriage, but when they found out that hasn’t been legal in Ohio since 1991, they moved quickly to marry officially in the eyes of the state. As far as they were concerned, their kids didn’t need to know the gap ever existed.

At Babbitt & Dahlberg, we’ve experienced a lot of questions about divorce and marriage over the years, including as it relates to the idea of a common law marriage or divorce. The fact is, no matter how long you’ve been together or apart — seven years or longer — you still need to be officially married or divorced in the eyes of the State of Ohio for those marriages or divorces to be legal and binding. And it’s been that way for a while.

So why do these common law marriage and divorce myths persist in Ohio?

This is a common question, one that even recently perplexed The Economist in an article titled “The common-law marriage myth.”

While illegal in Ohio since 1991, common law marriage is recognized in a handful of states, including Colorado and Alabama, according to the Economist. That lingering fact may be part of the reason that some assume Ohio would still recognize it. And the fact that it was legal here in Ohio up until relatively recently doesn’t help. So, here in the Buckeye State, it could be a case of many couples not getting the memo. 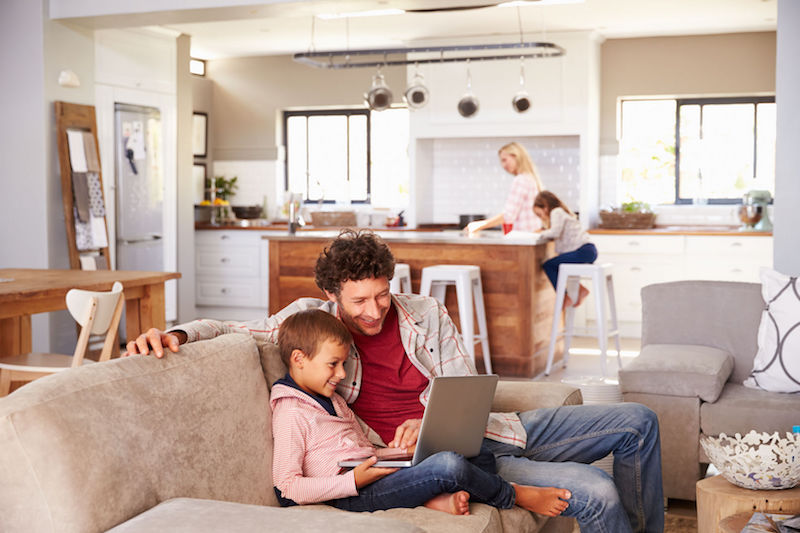 The top 3 myths about cohabitation and domestic partnership in Ohio

The terms “cohabitation” and “domestic partnership” have been used so inconsistently across the world that it’s hard to make any definitive statements about what it means or how it relates to common-law marriage. And in Ohio, they are not the same. The State of Ohio and its entire legal system does not recognize cohabitation and/or domestic partnership as a legal marriage. Common law marriages do not exist in this state. The only way you can be married in Ohio is by applying for and obtaining a marriage license from your county’s probate court. Looking for yours? Find out more about getting married in Ohio here from the ACLU.

In Ohio, several jurisdictions (including Columbus) have recognized domestic partnerships for same-sex couples, but the formal arrangements don’t come with the full rights and benefits of marriage, so it’s not really a good comparison. Ohio courts are just starting to grapple with how to deal with same-sex marriages and divorces, particularly those involving unformalized marriage-like relationships.

Those cases will likely present some similar issues as in common law marriage cases when it comes to dividing property and support, but only insofar as there was a relationship before a formal marriage.

The fact that you have been living apart for several years does not mean you are actually divorced. In fact, we see more cases involving confusion about this than common law marriage. It’s not uncommon for clients or other parties to believe they’re divorced even though they’ve simply lived apart for several years.

In Ohio, you aren’t automatically divorced just by moving to a new house or apartment, no matter how long ago that was. There must be a formal acknowledgement with the state. That means deciding between: legal separation vs. divorce.

Do you have questions about your marital status? Call us and we’ll sort it out.

At Babbitt & Dahlberg, we’re here to help. Between the two of us, we have been winning and settling our Columbus Ohio divorce and dissolution cases for more than 45 years. We have also been nationally recognized by organizations like Best Lawyers in America, the Academy of Matrimonial Lawyers (AAML) and Super Lawyers.

Get in touch with our team today.