Custody battle: How to decide where the kids will live after the divorce

Your children didn’t have a say in your impending divorce, but should they get to decide where they will live after? You might say yes, particularly if your children are older and have a strong preference.

But not so fast, said Attorney Gus Dahlberg, of the family-law firm Babbitt & Dahlberg. As it usually goes with kids and divorce and custody battles, it’s a lot more complex than that.

“Generally, the child’s wishes are taken into account, but I tell clients all the time, they are by no means determinative — that’s not the end-all, be-all of where a kid ends up,” Gus said.

So then, what factors might go into deciding where an older child lives after a divorce? Let’s take a look at that and other questions.

Where the child wants to live

Yes, we just said otherwise. But the fact is, while the court won’t make its custody decision solely based on your child’s custody preferences, Johnny or Sally do get a say in the matter, particularly the older they are.

The closer a child is to 18 years old, the more weight the court’s going to put on his or her opinion, Gus said. And unless there’s some level of neglect or abuse, the court’s not likely to honor your 13-year-old’s wishes not to see dad.

“The reality is, the court wants to continue to emphasize the importance of that relationship,” Gus said. “It’s less about, ‘You must do this,’ and more about, ‘Let’s figure out a way to make it work for everybody,’ and that’s more a practical thing. There’s nothing in the statute that says that.”

A word of caution though: If you find yourself siding with your child who’s not thrilled about going to mom or dad’s (unless there’s a real reason to be concerned about your soon-to-be ex), the court might use that stance against you, Gus said.

Your willingness to help your ex see his child

This comes up a lot, Gus said, when there’s a younger teenager involved. The teen might have a living preference in mind, for whatever reason, and if you’re adamant that the child shouldn’t have to see your ex, the court might hold that against you.

“The opposite effect is the result,” Gus said. “If the other parent is saying he’s going to make sure (Johnny) sees you and you’re not, that’s a problem.” 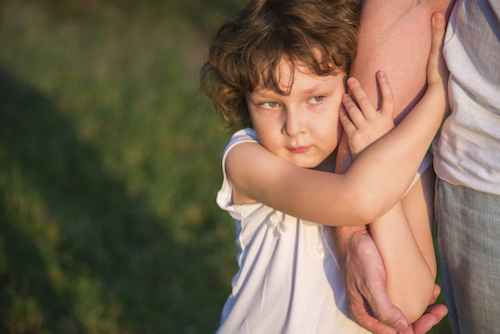 And not just between the parent and child, Gus said.

The court’s going to want to know what both parents think of the situation, as previously mentioned, but also how the child interacts with siblings and other extended family members, friends, and neighbors. Those relationships can be just as important as the relationship between the parent and child, Gus said.

“If one parent has an enormous family or support system around them and the child’s been close to them for years and then all the sudden the kid says, ‘I don’t want to go over there,’ the court will say, ‘What’s going on? We need to weigh the value of those relationships.’”

The court will also consider which parent is more heavily involved in the child’s life. Who takes Danny to soccer practice? 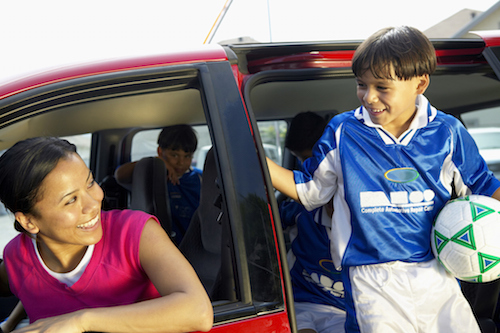 So what happens in contested custody cases?

If the custody battle heats up, the court might appoint a Guardian ad litem, a person charged with representing the child’s best interests in a divorce proceeding. This person will investigate the case and give a report, along with a recommendation, to the court about what the custody and parenting schedules should look like.

“The court needs some neutral fact-finding to say, ‘OK, here’s what I think they should do,’” Gus said.

And they shouldn’t, if at all possible. Separations can be traumatic enough for a kid.

“Most domestic courts want to keep the kids out of contested custody litigation because that tends to be really messy and have a strong emotional and negative impact on those kids,” Gus said.

Not to mention expensive.

“The biggest part of what people don’t anticipate when they go to fight over custody after a divorce or post-decree is that those cases can be expensive and they’re not easily resolved,” Gus said, point to one case that’s lasted more than a decade.

“If there’s a good reason to go down this road then yeah, but if this is because Timmy doesn’t want to go there, be prepared for that kind of thing to exact a high price for maybe not a lot result.”

Get in touch with Babbitt & Dahlberg

Have more questions? To sit down one-on-one with a Columbus family law attorney, schedule a consultation today by filling out our online contact form or calling 614-228-4200.